In 2002, Roy accepted a full-time faculty position at the Mel Hoppenheim School of Cinema at Concordia University in Montreal, where he teaches scriptwriting, sound, and filmmaking courses.

His fascination with meshed gears, intermittent motion, the persistence of vision, flickering images, and shimmering black and white reflections on a white wall lent themselves perfectly to analog filmmaking. The Labcaf brings to fruition Roy’s desire to find safe ways for artists to work with celluloid, and to help introduce new filmmakers to the beauty of an imperfect image.

He intends to shoot his new feature, Falling to Earth, in 35mm black and white, and process all the film using the low-toxic options of The Labcaf.

Erin Weisgerber is The Labcaf’s Mission Control Specialist coordinating all aspects of the project with a particular focus on the processing lab design and function. Erin is a Montreal-based artist working with photo-chemical film to produce installations, performances, and short films. She manipulates the photographic, chemical, and material properties of film to transform the world framed through her camera, rendering moving images that exist between figuration and abstraction, external vision and internal landscape.

Weisgerber is a member of the Double Negative Collective, a group of moving-image artists dedicated to the creation and exhibition of experimental and avant-garde cinema and who maintain an artist-run film lab. Since 2019 she is a member of Jerusalem in My Heart a live audio-visual performance project, with Lebanese producer and musician Radwan Ghazi Moumneh.

Kevin Teixeira is The Labcaf’s MacGyver. An interdisciplinary artist based in Montreal. Raised in southern Portugal and surrounded by the Hispano-Moresque ware (azulejos), he was first drawn to the familiarity and malleability of ceramics but also unnerved by its rawness and unforgiving hardness. Inspired and conflicted, he explored new technologies to master the fickle medium. As a multidisciplinarian who started in drawing and kinetic sculpting/ projection art installation, he turned to machine design. He invents tools and machines to create works that would be impossible or too tedious to make. In this method of fabrication, there is no separation between man and machine: a creative process that is spontaneous and uninterrupted but also precarious as many of his creations break in the early stages. Drawing from the polarity of ceramic, in its vulnerability and timelessness, Kevin exposes the duplicitous struggle of various dichotomies. His sculptures display movement and stillness using false icons, from religious to pop culture while juxtaposing the ornate and the absurd.

Kevin is completing his MFA at Concordia University.

Jason Halprin is a film and video artist who is currently a PhD student at Concordia, where he is researching mechanical and photochemical moving image technology in the afterlife of analog film. He joined LabCaf in 2019, and primarily oversees darkroom chemistry development, experimentation, and testing. Jason began experimenting with darkroom processes in the mid-1990s, and has worked extensively in 16mm and Super8 film production, and has been involved in founding film festivals, a microcinema, and a Co-Op Film Lab. After a brief stint as a snowboard instructor, he earned an MFA from UW-Milwaukee in 2004, and taught film production from 2005-2018. His work is distributed by Canyon Cinema. 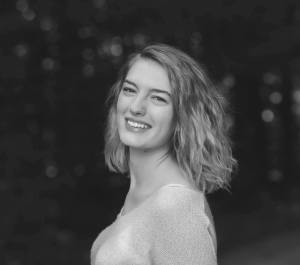 Daisy Woodhams is The Labcaf’s Research Assistant archiving all the groups meeting and discussions. Daisy is an interdisciplinary artist who focuses on the blending of experimental film with traditional art practices such as painting, sculpture and large scale set design. After completing her college diploma for Moving and Digital Image Design at Haliburton School of Art Design, she moved to Montreal to study Film Production and Minor in Art Education at Concordia. Currently, she is taking inspiration from modern painters and sculptures such as Henry Moore and Francis Bacon and bringing them to life in the form of film, she studies the human form and anatomy as she has a fascination of looking within one’s body for inspiration. She is new to the analog film world and is the youngest member of Labcaf using the meetings as a form of education and an opportunity to have a better understanding of film.